The Mistohay Trial was one company’s (Mistik Management) early effort to plan and harvest forest blocks using characteristics of natural disturbances—irregular edges and island remnants. In the process they learned how important both the table-top and field contributions to the EBM process are. Planning the harvest blocks is critical to a successful outcome. And, working closely with equipment operators who will be innovating practices is essential. 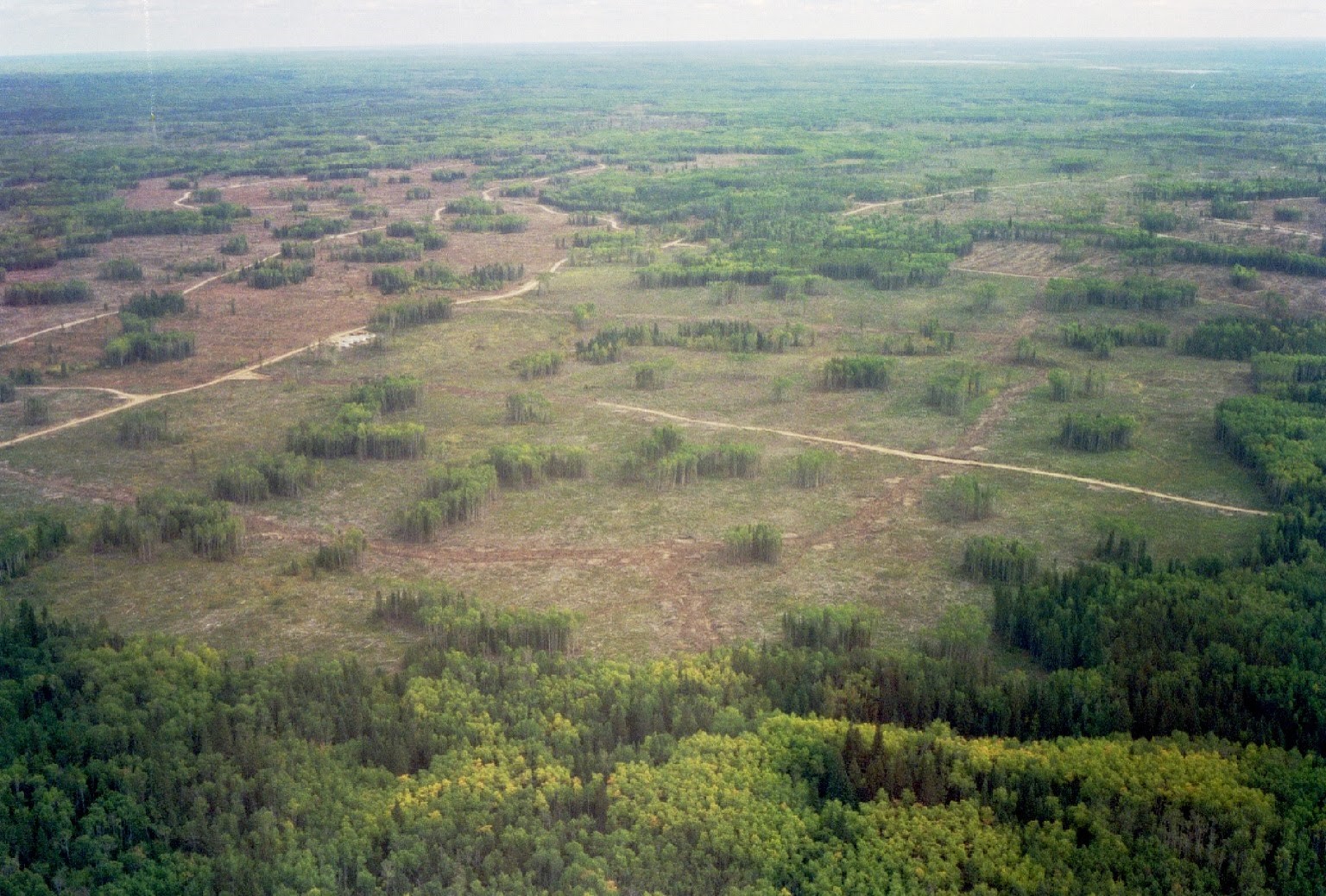 From 2001 to 2003, Mistik Management, a forward-thinking forestry company working in and around Meadow Lake, SK, put some EBM thinking into action. Moving away from planning cutblocks by drawing straight lines from road edges into the merchantable forest, and with a logging team keen to innovate, Mistik created a harvest plan that challenged convention.

... the insight at Mistohay was training operators about EBM, laying out large harvest blocks and letting folks on the ground achieve the objectives... 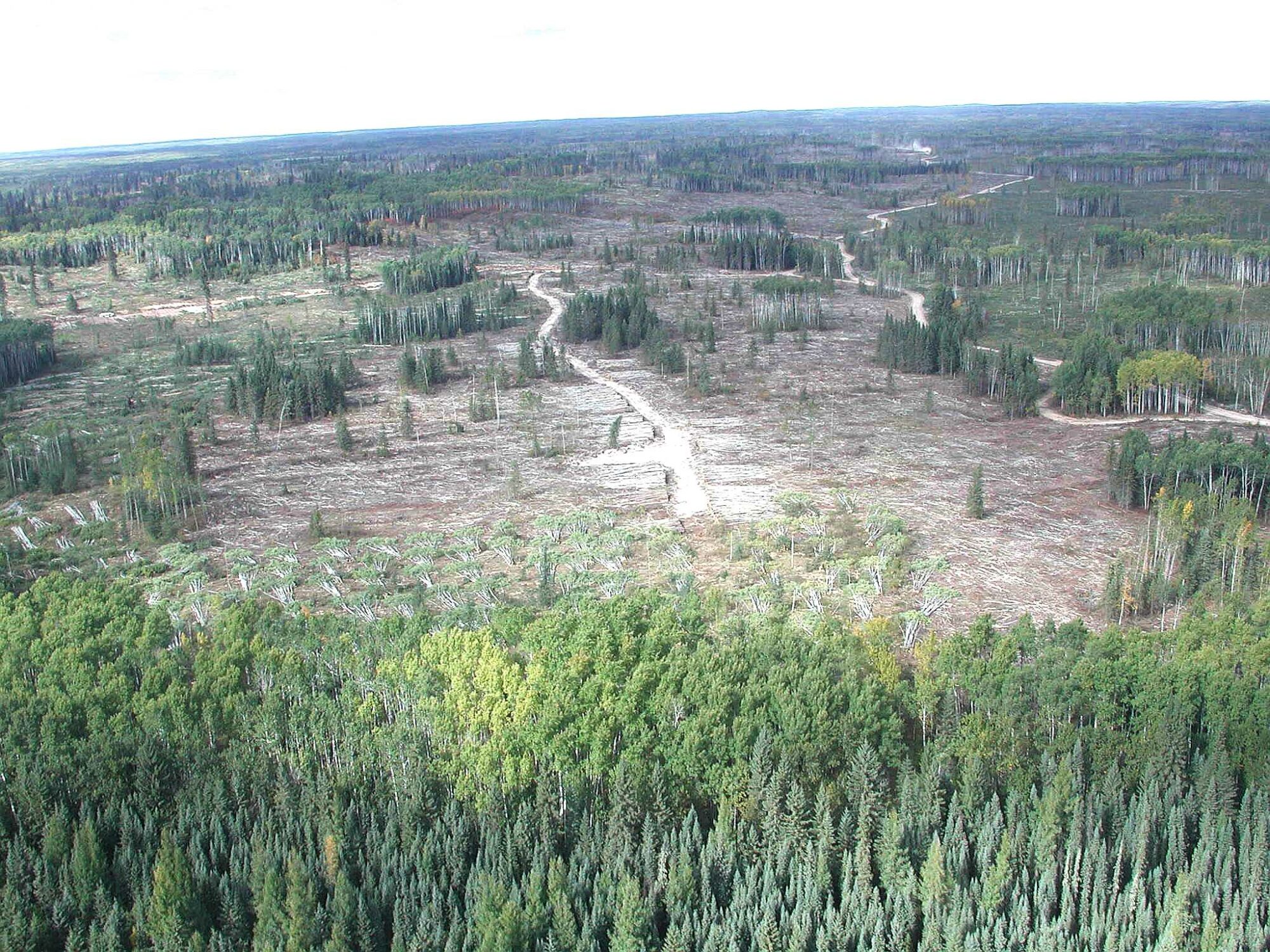 One of the innovations at Mistohay was its size. Wildfires can be big, much larger than conventional cutblocks. So it is understandable that, if Mistik were to try to emulate a large wildfire in its harvesting sequence, they would need to meet with local stakeholders first. This was tough in the beginning, with local communities, outfitters and recreational users reluctant to get behind such an ambitious plan. Mistik listened, included local interests in the planning and, as the benefits of what they were doing became clear, turned opponents into proponents advocates.

One of the many lessons learned in the Mistohay demonstration is the importance of communication. The best laid plans of mice and men, so that saying goes, go often awry. Preventing plans from going “south” is often achieved by effective communication. Operational planners with Mistik Management quickly learned that tailgate meetings with equipment operators on-site were as critical to EBM outcomes as were the mathematical models that identified natural disturbance patterns. Describing to equipment operators the operating principles, where they had latitude and what differed between business-as-usual operations and what was envisioned for Mistohay, was critical to a successful result. 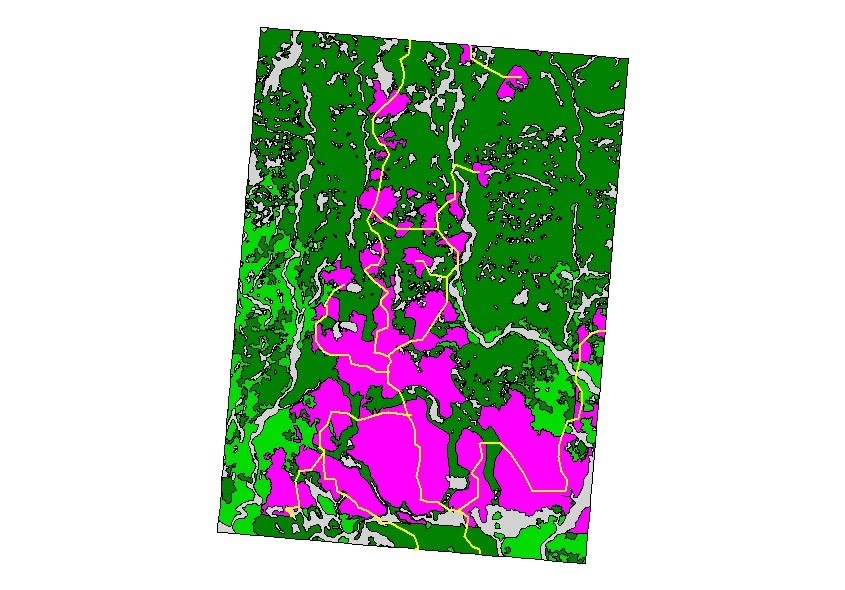 One of the key components of disturbance research is the analysis of coarse-scale patterns such as sizes, shapes, and adjacencies.  This type of pattern analysis relies heavily on the integrity of spatial age data.  Given the limited availability of age data on and near the Mistik FMA, a sampling project was developed in 1998 to test the integrity of the existing UTM inventory age data.  A two-stage sampling design located over 550 randomly located plots across 15 townships, and over 2,100 tree cores collected, stored, prepared, and aged using a microscope.  Sampling was deliberately weighted towards older stands since we expected older stands to be less accurately aged.

Agreement of plot ages with UTM inventory polygon ages was only around 30% using 10-year age-classes.  Allowing for plus or minus two 10-year age-classes, the level of agreement was a more respectable 75%.  As expected, young inventory polygons were aged more accurately than older ones.  Young inventory ages tended to overestimate actual ages, and older stands from the inventory tended to underestimate actual ages.  Pine and aspen stands were aged far more accurately than any stand with spruce in it (35–40% in the right age-class compared to 20–22% respectively).  Even the highest level of accuracy however, failed to justify the use of a 10-year age-class the UTM inventory.  Furthermore, it is inadvisable to use these data for anything but very rough estimates of coarse-scale disturbance patterns.

There are several likely reasons for the inventory aging errors.  Many stem from the fact that the UTM inventory was not designed to identify the total age of the stand (from the time of the last stand-replacing event), but rather to find the average age of the stand.  This age validation exercise is therefore largely a reflection of the philosophical and methodological differences between forest inventories in general, and stand-origin maps.

Further to the future of the natural pattern research, it was recommended that Mistik:

1) Proceed with a coarse-scale pattern analysis of the UTM inventory data, supplemented and compared with a similar analysis using the new Alberta Vegetation Inventory data from the adjacent Alberta Pacific FMA.

2) Initiate an intermediate-scale research project, which includes only known, mappable, disturbance events.  The within-patch patterns cannot be derived from the existing inventory data.

Where does Mistohay fit into western Canada’s EBM narrative? Large cutblocks are not a natural feature in the boreal forest in western Canada, but large wildfires are. Not only is planning wildfire-scale cutblocks a regulatory challenge, but it is something new for communities and stakeholders. One of the challenges that EBM will have to overcome will be to demonstrate to governments and local users that a large cutblock might be the best environmental outcome.

Ecosystem Based Management:
Benchmarks: Defining NRV
Event scale patterns were the key focus of this demonstration
Partners: Neighbours
Neighbours including trappers and the local community were integrated in the program
...Loading EBM Wheel...
Previous StudyNext Study
We use cookies on our website to give you the most relevant experience by remembering your preferences and repeat visits. By clicking “Accept”, you consent to the use of ALL the cookies.
Cookie settingsACCEPT ALL
Manage consent

This website uses cookies to improve your experience while you navigate through the website. Out of these, the cookies that are categorized as necessary are stored on your browser as they are essential for the working of basic functionalities of the website. We also use third-party cookies that help us analyze and understand how you use this website. These cookies will be stored in your browser only with your consent. You also have the option to opt-out of these cookies. But opting out of some of these cookies may affect your browsing experience.
Necessary Always Enabled

Analytical cookies are used to understand how visitors interact with the website. These cookies help provide information on metrics the number of visitors, bounce rate, traffic source, etc.

Other uncategorized cookies are those that are being analyzed and have not been classified into a category as yet.