EMEND is an experiment to test how harvest methods and fire affect the boreal forest. Trials are conducted at scales relevant for real-world harvest blocks (patches are from 0.6 to 5.9 ha) and will be conducted for decades. Teams of researchers have been measuring timber volumes, wildlife, plant and soil responses to disturbance treatments since EMEND began in 1997. 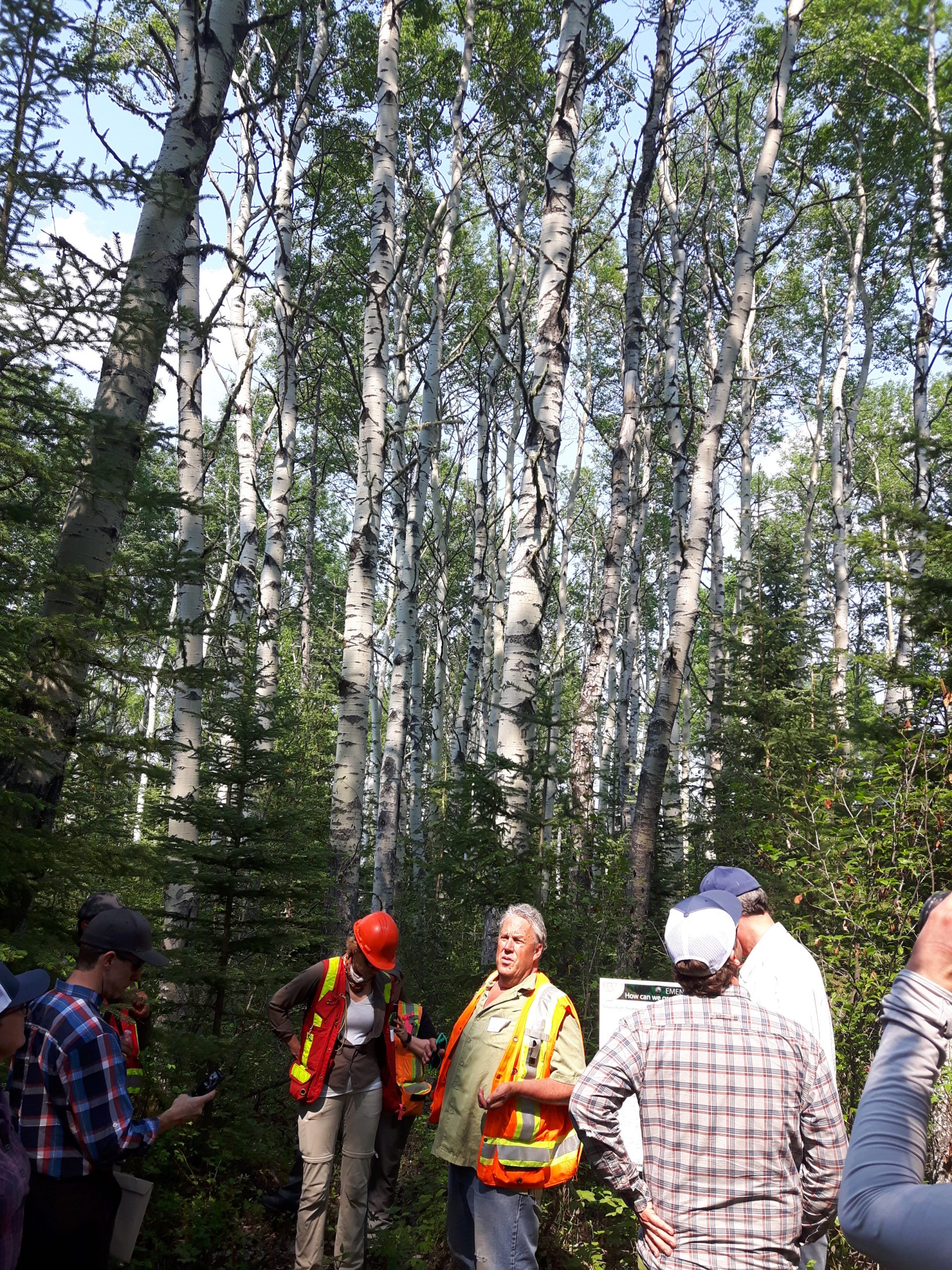 This project asks the question, “how can forest harvest and regenerative practices best maintain biotic communities, spatial patterns of forest structure and functional ecosystem integrity in comparison with mixed-wood landscapes that have originated through wildfire and other inherent natural disturbances”. It answers this question through a replicated experiment at the forest stand spatial scale.

EMEND is the first of its kind and is believed to be the largest single site, manipulative forestry experiment in the world. 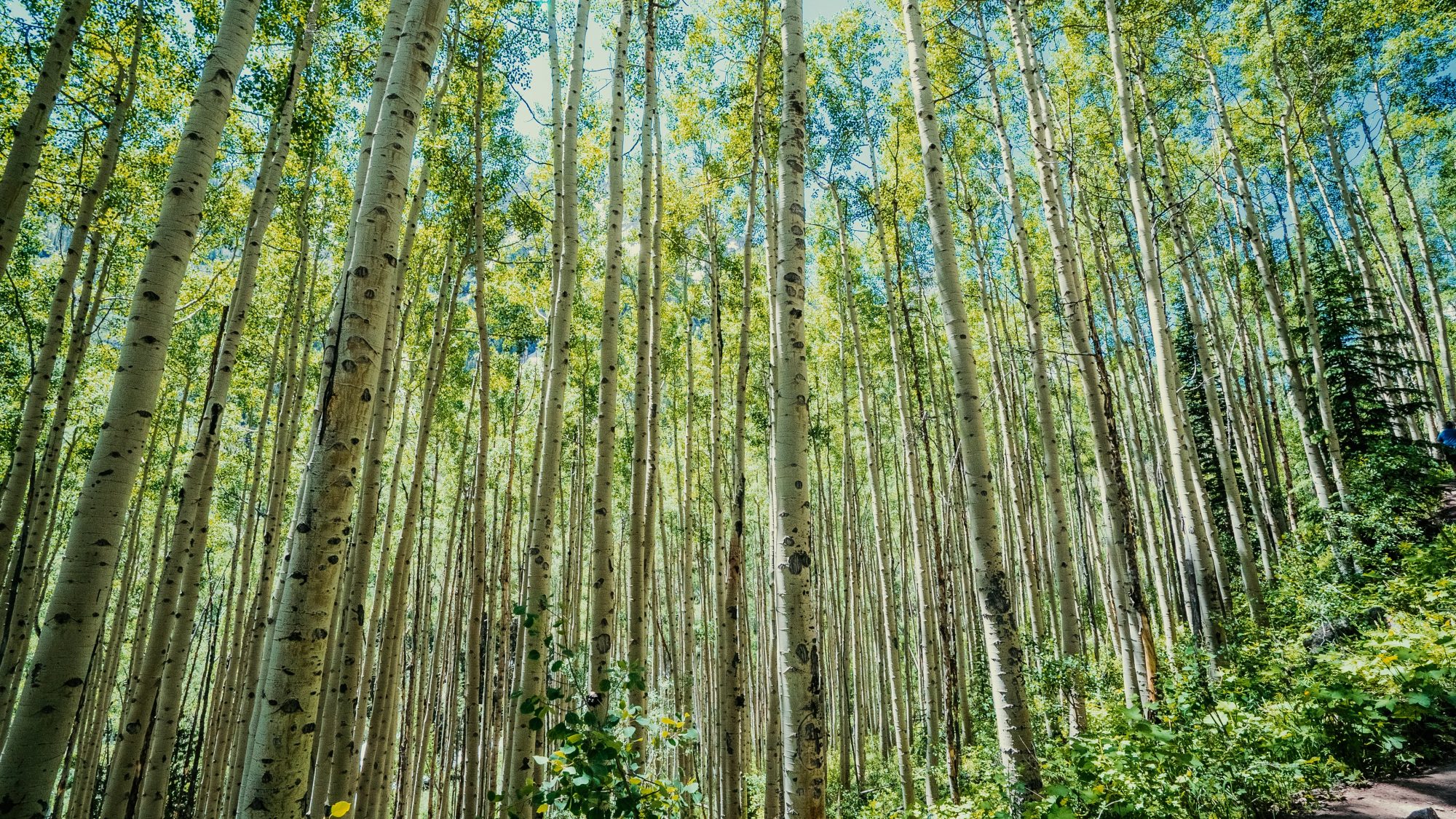 Large scale, long term manipulative experiments are difficult to pull-off for a whole host of reasons. The EMEND experiment is answering some fundamental questions about the response of the boreal forest ecosystem to harvest at a representative spatial and temporal scale. Their innovation is walking the walk. Combined with adaptive management monitoring and disturbance modeling done elsewhere in the service of EBM, EMEND is demonstrating disturbance effects in replicated trials. 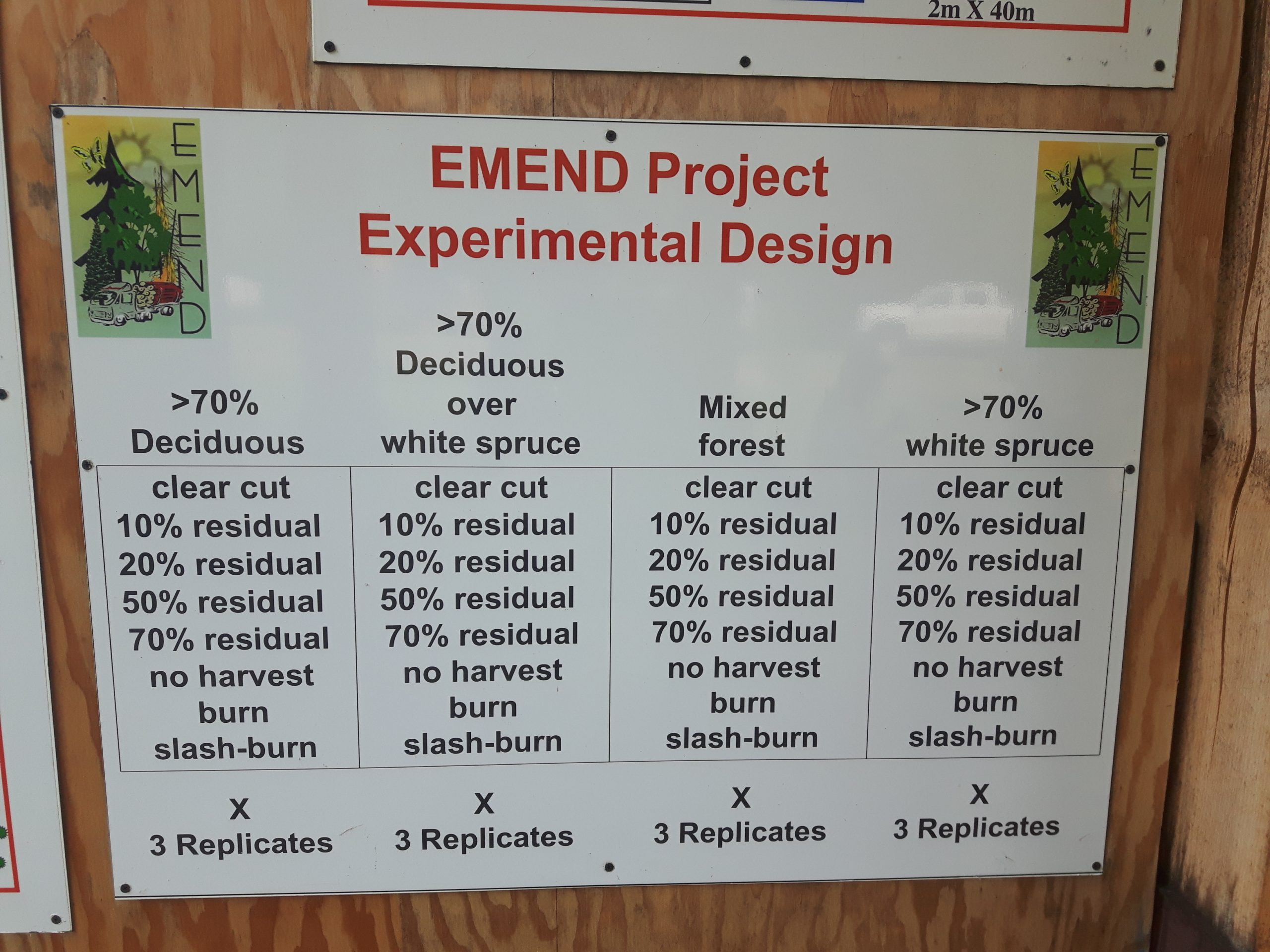 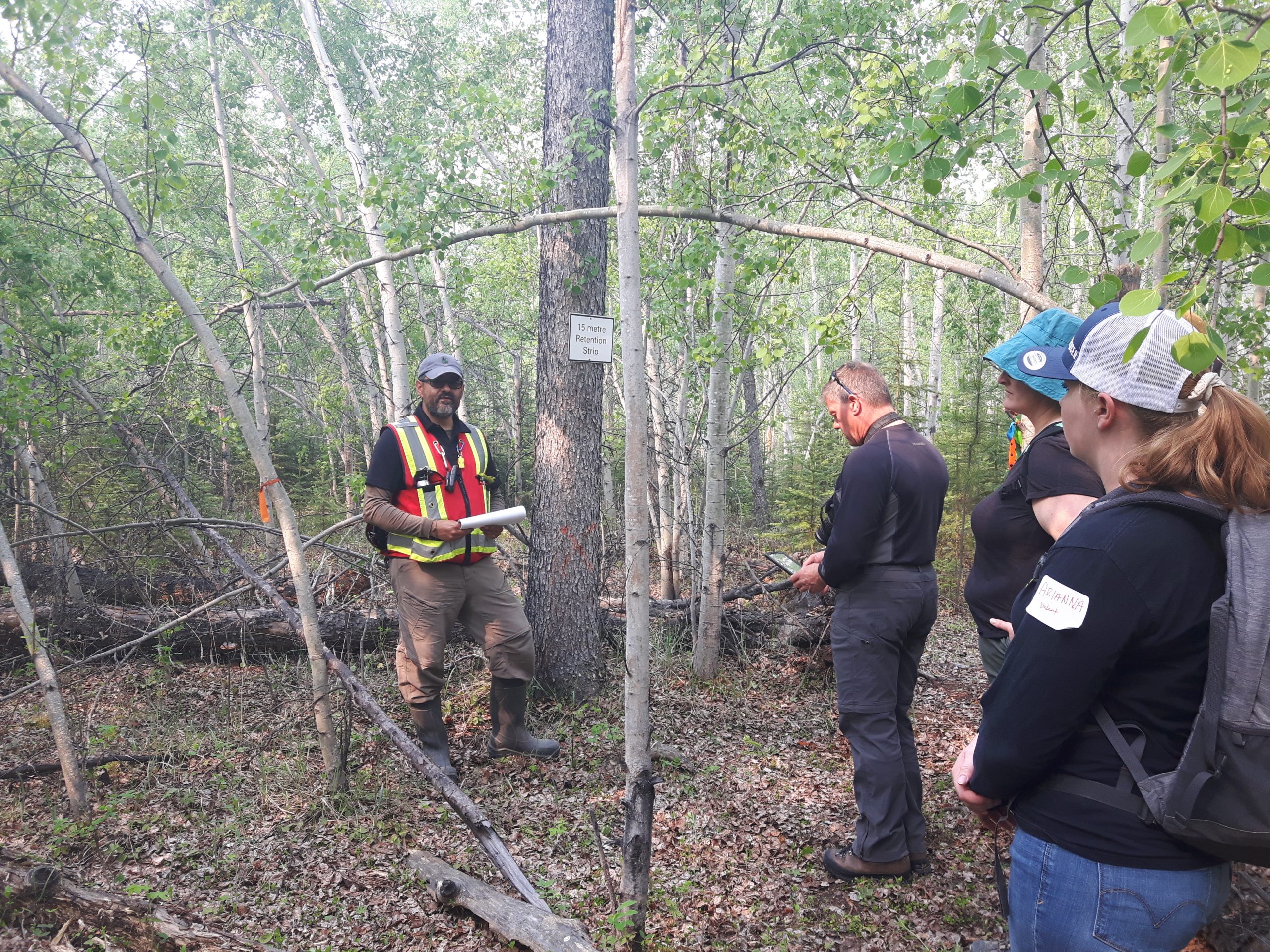 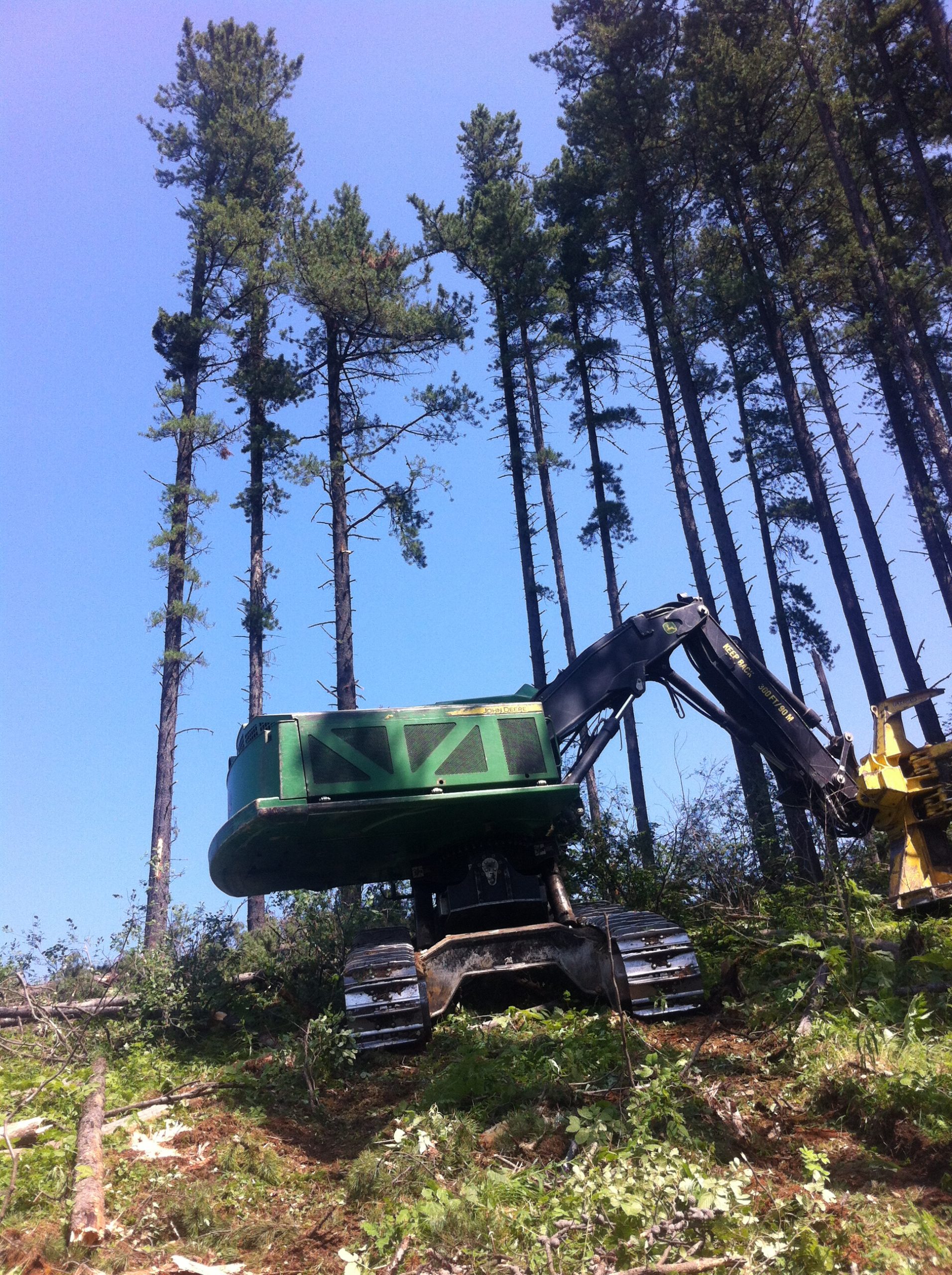 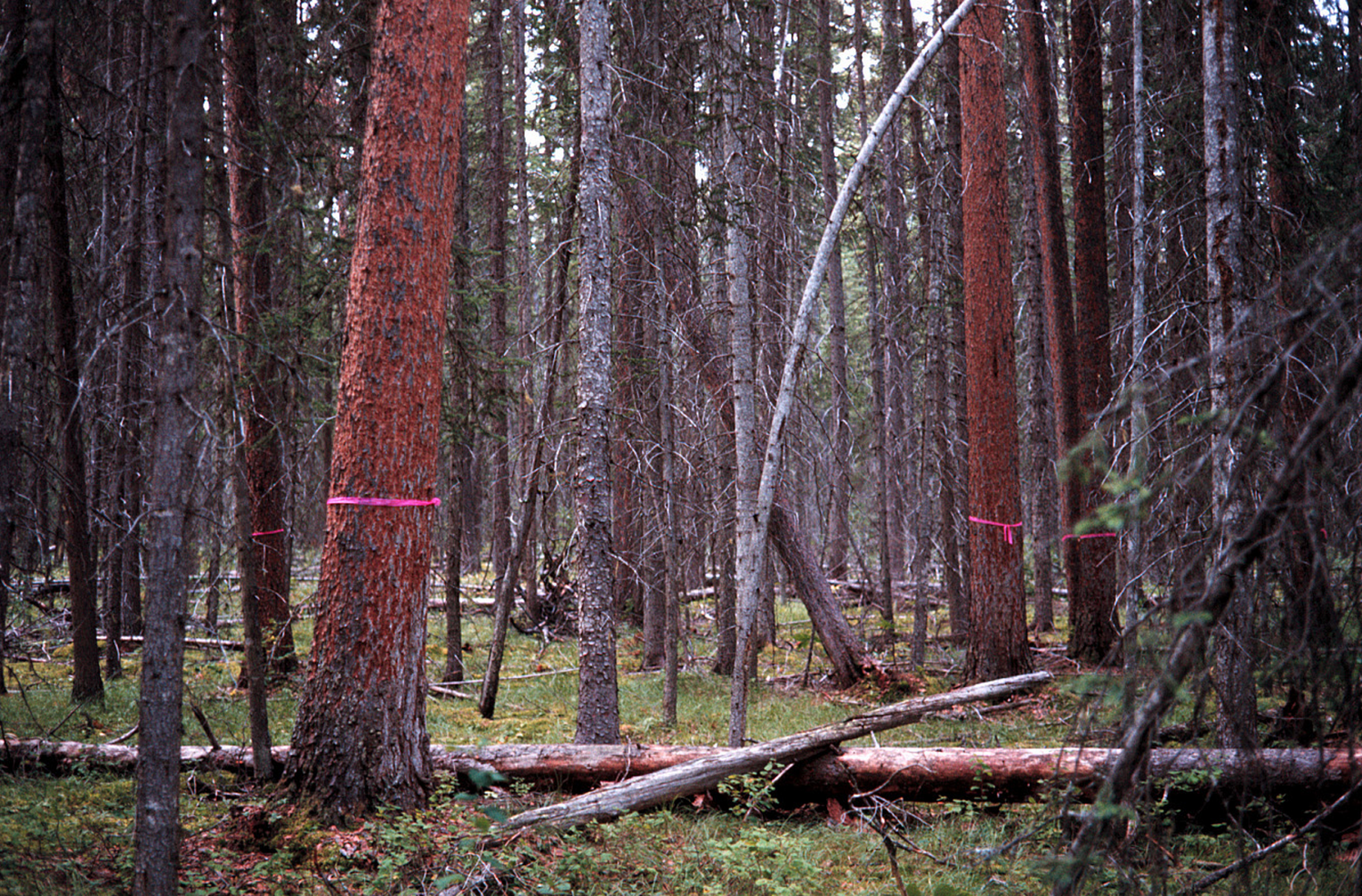 The EMEND Project is a valuable and highly relevant resource to sustainable forestry in the western boreal region. It is remotely located northwest of Peace River, Alberta, Canada. The heart of EMEND is a large-scale (1000 ha) variable retention harvest experiment set within a 7000 hectare forested landscape, protected for long-term ecological research.  This section is taken from the project introduction of the 2016 EMEND Annual Report: Hayden, A., and J. Spence. 2017. The EMEND Project: 2016 Annual Report. Edmonton, AB, Canada.

EMEND was designed to answer questions about how retention of green-tree residuals affects harvest cost, forest regeneration, patterns of succession, biodiversity, nutrient cycling, ground water characteristics and public perception of forestry activities, and to be a resource for developing science-based policies about forest management. EMEND is the first of its kind and is believed to be the largest single site, manipulative forestry experiment in the world. It is used by the Canadian government to illustrate the modern Canadian approach to forest management. Since its inception, it has inspired other research efforts around the globe.

The experimental site has been developed through significant industrial and public investment. Project design and planning occurred during 1996–97. These meetings featured a scientific committee involving both federal and provincial governments, research bodies, and industry. The experiment was laid out in previously un-harvested forest in 1997–98, and harvest treatments were executed during in the winter of 1998/99. Collection of the experiment-wide or “core” data required to monitor EMEND has been conducted at 5 year intervals, with 2–3 years required to collect these data. The plan is to collect data for at least one stand rotation, or approximately 80–100 years. The experiment allows scientists to study a real industrial forest, from initial harvest through a first rotation harvest. This will provide unique insights into processes over an entire woodland life cycle.

EMEND funded research consists of two main components: 1) a core research program, designed to elucidate long-term patterns of response to disturbance on the research site; and 2) a graduate student program that seeks to answer a broad range of focused scientific questions about the responses of biodiversity, productivity, and social values to variable retention harvesting through original scholarly research. Work under component #2 connects EMEND to a vibrant international research culture and provides exceptional educational opportunities to secure the interests of university-based scientists, while that under component #1 assists industry and governments directly with knowledge upon which to develop scientifically- defensible operating rules and policy for forestry in Alberta and elsewhere. Taken together these efforts comprise the double edges of the research and development sword, which we aim to keep as sharp as possible, given the resources available.

EMEND continues to inform management applications and policy in a way that balances social, environmental and economic values; thus the project remains relevant across northern boreal landscapes. While the program’s roots are founded in forest management questions, the fundamental knowledge of the structure and function of boreal ecosystems holds distinct value beyond the forest sector, and should be of significant value to any group attempting to manage boreal forest land.

Amos, J., J. Spence, and D. Langor. 2016. The impact of retention harvesting on bee and hoverfly assemblages in the boreal forest of Alberta. Paper presented at the R.E. Peter Biology Conference, Edmonton, AB.

It may seem counterintuitive to test the premise of EBM in the boreal forest with experiments repeating the spatial patterns of traditional forestry. But EBM is pattern and process. So understanding how ecosystems respond to the array of disturbance types and small -scale patterns that will be used at larger scales in more natural spatial arrangements has real value.

Ecosystem Based Management:
Process: Monitoring
Adaptive monitoring of natural patterns
Strategy: Management Focus
Blend of demonstration trials and focus on outcomes
Process: Knowledge Acquisition
There is a wide range of studies and collaborative research groups
...Loading EBM Wheel...
Previous StudyNext Study
We use cookies on our website to give you the most relevant experience by remembering your preferences and repeat visits. By clicking “Accept”, you consent to the use of ALL the cookies.
Cookie settingsACCEPT ALL
Manage consent